■Inquiry
NPO Echigo Tsumari Satoyama Collaborative Organization
+81 25 761 7767
Kiyotsu Warehouse Museum was launched in 2015 in a renovated space that was a former gymnasium in the closed Kiyotsukyo Primary School. It is based upon an alternative concept of a museum as being a place for “presenting and storing artworks”. As one of the gateways to the Echigo-Tsumari region as well as a genuine place for presenting large-scale contemporary artworks and sculptures, the museum received many visitors during the 6th Echigo-Tsumari Art Triennale 2015. We have been working on the renovation of the school building in order to expand the space for pursuing this objective.
This ‘warehouse museum’, with its agenda of promoting the exchange of artworks between ‘the city’ and ‘the region,’ offers a positive solution through a matching of two difficult but complementary issues: the first being that of many artists who present their artworks in the big cities face when seeking storage spaces for their work; and the second being the pressing problem of the increasing numbers abandoned houses and closed schools in the region. We aim to establish stronger ties with the community, offering this place as a venue for selling local produces and organising community events.
Prior to the grand opening of the museum in April 2018, we are pleased to present a pre-opening exhibition, “The world of Yukihisa Isoba: from sign to environment” to celebrate the renovation of the school building this autumn.
Since 2000, Isobe has been presenting artworks visualizing the characteristics of specific places, such as the series of four artworks featuring the Shinanogawa river including “Where Has the River Gone,” as well as “Monument of Mudslide,” and has been deeply engaged with the festival, helping to provide its conceptual backbone. This new wing of the warehouse museum will be a place to “present and store” his artworks. As the framework of the ‘warehouse museum’ is developed, we expect that the museum will become one of the key hub facilities which will attract many visitors.
This exhibition will consist of a diverse range of artworks by Isobe, arranged chronologically from his early era of ‘relief’ works to ones created during the “Wappen Period”; environmental works; and works during the transitional period as well as “Ecological Planning”; the survey of the environment of Echigo-Tsumari conducted in 1999; and documentations of a series of artworks for Echigo-Tsumari, including photographs, drawings, records as well as a georama of the river terraces of the Shinanogawa river. We hope you will enjoy experiencing this glimpse of “the World of Yukihisa Isobe” from 1950s to the present day. 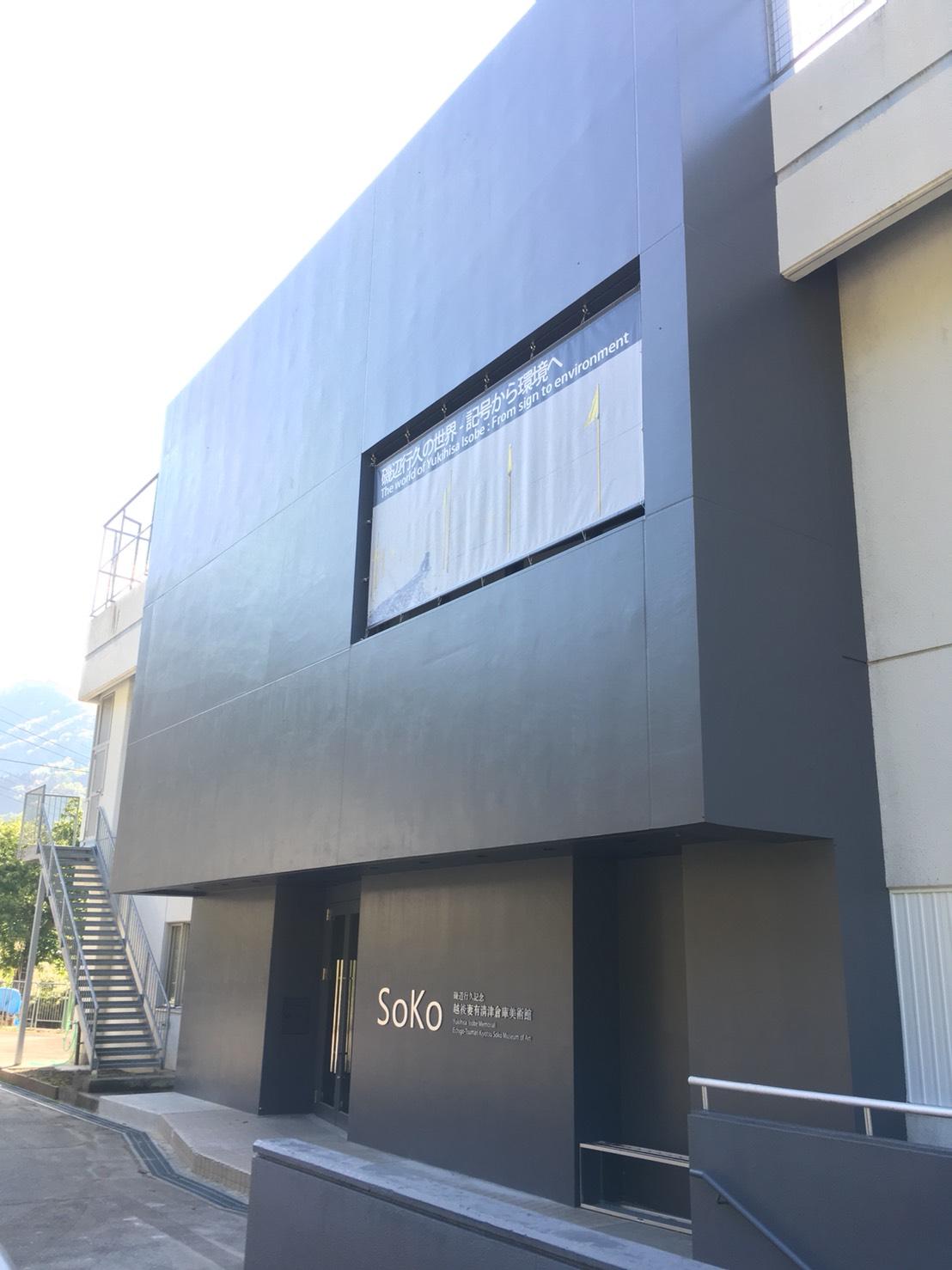 Entrance view of Former primary school has been renewal